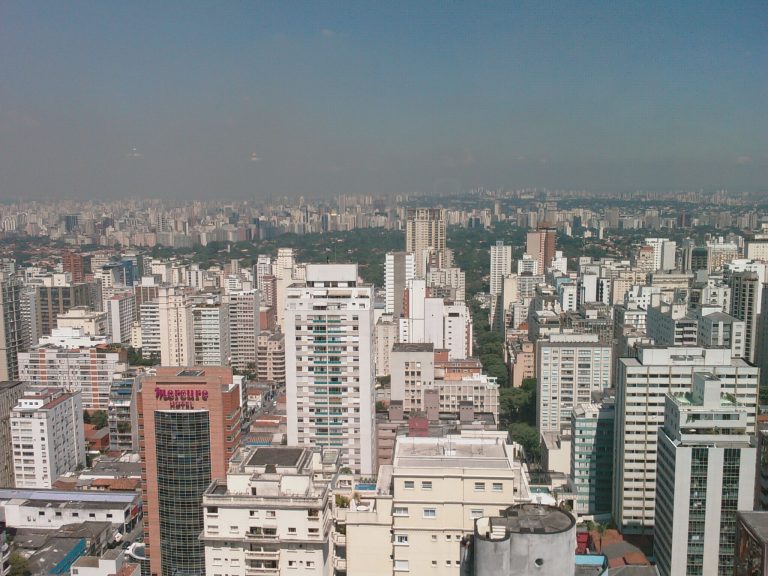 It is a beautiful country to visit, and you can have incredible experiences there. In any case, if you plan to come here, you should be aware of the cost of living in Brazil and assess whether it is affordable. The following table compares the cost of living in different cities in Brazil to two cities in the USA, one affordable and one expensive. You may be surprised by the numbers.

Costs of living in Brazil

There can be a wide range of living costs in Brazil, depending on where you live. The cost of living in Rio de Janeiro will be higher, but if you travel to other parts of the country, especially in the north and northeast, such as Maceio City, it will be much cheaper.

What is the cost of food in Brazil per month?

First of all, you need to know which city you are visiting because the food prices in Brazil can vary a great deal. You would spend nearly $130 a month on food in an expensive city like Rio de Janeiro. Despite that, you’ll spend about $108 per month if you choose a cheaper city, like Natal or Maceio. Both of these cities have more affordable prices than in the US.

What is the cost of rent in Brazil?

Rent costs also differ depending on the type of accommodation you choose. Rio de Janeiro and S*o Paulo are more expensive than other Brazilian cities. The cities can be a good option if you are going to do business there, but if you are going to do tourism and would like to save money, you may be better off in another city. Instead of So Paulo and Rio, there are better and cheaper options in Brazil.

You would spend nearly $245 per month living in a cheaper Brazilian city like Maceio, while in an affordable American town like Oklahoma, it would cost approximately $760. Just in rent costs, you would spend more than triple! On the other hand, living in a specific area in Rio will cost you almost $370 per month. Almost all Rio de Janeiro renters must pay $600 a month on average for a 45 m2 (480 sqft) studio apartment. This is much cheaper than the $2,000 a month rent for a similar-sized apartment in an average neighborhood of New York City.

Brazilian cities are usually smaller than big cities in the United States and Europe in terms of metro rail networks. Nonetheless, the people in Brazil have a vast number of bus lines to move within their cities, which aren’t as fast as the Subways, but they also serve their purpose of transport. In So Paulo, the subway network is the largest in Brazil, and monthly tickets for public transport cost R$213.8 (almost $40) for the subway only. Alternatively, a monthly ticket in Maceio will cost $34.00, and monthly access in Rio will cost $41.

Read more: Tips For Improving The Odds Of Getting A Small Business Loan:

The cost of a monthly ticket in New York City is close to $125.00, while in Oklahoma City, the price is closer to $42 per month, similar to Brazil.

Public Health is in place in Brazil, so you do not need to pay to see a doctor or receive medical treatment in a hospital if you visit. In Brazil, the health system is called SUS, and it’s free for everyone. There are problems with the system, but it is worth it for the majority of treatments. As long as you stay in Brazil for a short period, there’s no need to pay for healthcare since the Public System will suit your needs.

However, suppose you plan to live here. In that case, you may also want to consider health insurance, as the specialized doctors at SUS often have long waiting lists, and the emergency hospitals sometimes do not offer the same quality service as their private counterparts. Brazil does not require health insurance; however, if you want to schedule medical appointments more quickly, go to hospitals of the highest quality, and you have money to spend, it’s a good idea to get one.

You can find different health insurance plans at different prices in Brazil. There are more expensive individual plans than familiar ones, and the employee insurance also costs less than the self-made plans.

Is living in Brazil or the USA more affordable?

Brazil’s average cost of living ($661) is 69% less than the US average ($2112). On the list of the most costly nations in the world, Brazil came in at 128th place, while the United States was rated sixth.

In Brazil, depending on the city you want to visit, you will have a different cost of living. It’s a great idea to go to some cities in the northeast of Brazil to save more money while here. The country has incredible beaches for all tastes, such as Ponta Verde, Frances beach, and Maragogi, which are near Maceio city, and Pippa and Genipap, located near Natal city.

As well, even in the more expensive cities of Brazil, like Sao Paulo and Rio de Janeiro, you can still spend significantly less money than you would in a town from a developed country. The cost of food, transportation, rent, utilities, and healthcare in Brazil is much lower than in the United States, which can reduce your costs substantially. Nevertheless, it’s essential to remember that electronics and imported goods are much more expensive in Brazil than elsewhere. In that case, if your job relies too much on imported gear, you might want to consider moving to a different place.

A comfortable lifestyle in Brazil requires that you earn at least USD 2100/month, or at least more, to go out and be able to put your money into savings.

While the cost of living in Brazil is generally lower than in many western countries, it can still vary considerably. In addition, labor costs are low, so many services are less expensive in Brazil. Some of Brazil’s most significant cities rank among the most costly (Rio de Janeiro, Sao Paulo, and Brasilia).

It is a stereotype that Brazilians are always dancing and partying when they are not struggling through waves of violence and crime. There are indeed high levels of corruption in the country, but tourist spots are very safe, and most people can go about their daily lives without any issues.

Apart from this if you are interested to know more about Villa Rentals By Owner Puerto Penasco then visit our travel category.

A Comparison Of Online Procurement With Other Types

Why Is There A Need For Custom Product Packaging?