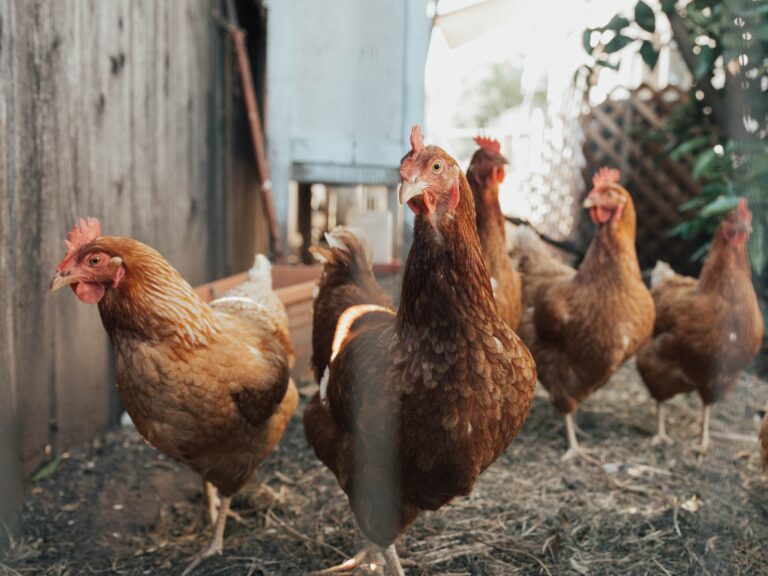 Desi chickens are all native domesticated birds that are raised by neighborhood farmers on a small scale in uncultivated areas with little to no farmer involvement. Most of them spend most of their time outside, racing about and scouring the ground for worms or insects, then using kitchen leftovers to augment their diet. This implies that they struggle with the typical problems associated with growing up, such as competing for food and attempting to flee from predators, which is expressed in the flavor and texture of these birds. They have a reduced fat level and more muscular mass, and their meat has a rich, nuanced flavor. Many people like the flavor of non-commercially produced desi chicken, but they must deal with problems like tough, gamey birds that take a while to cook.

In protected, hygienic surroundings with regulated temperature and feed, broiler chickens are kept only for their meat. All of these birds get the same diet, no activity, and equal weather exposure. Typically, they are a commercial variant of Cornish hen or another breed. The broiler chickens live their whole lives in coops with a large number of other chickens. They are all low in muscle and heavy in fat, so the flesh from all of them will be delicate. They often taste the same due to their diets, which typically include nutritional corn-based feed (which might not necessarily be a bad thing). Because their flesh is assured to be delicious and tender and is more easily available and more accessibly priced, broiler chickens are a national favorite. But over time, as a result of unfavorable breeding practices, a lot of chickens have weak bones and become more susceptible to bird illnesses. Since all broilers are marketed at an early age, they often include trace quantities of hormones, antibiotics, and pesticides, all of which pose a risk to human health. One of the variables that contribute to germ resistance in certain individuals may be antibiotics used in commercially farmed chicken, and even modest levels of hormones may have a significant impact, potentially raising the risk of cancer and the early beginning of puberty. Other pollutants, such as heavy metals found in certain commercial chicken feed, may also be present in chicken reared for commercial purposes.

Broiler Chicken is much cheaper in comparison to Desi chicken as right now it costs 1000 PKR, whereas broiler chicken rate today is 345 PKR. Therefore, it is near impossible for lower, and lower-middle-class citizens to afford Desi chicken on daily basis.

Desi Chicken chicken vs. Broiler chicken: which is healthier?

Compared to broiler chickens, which, according to “Consumer Reports,” are injected with hormones and chemicals known to raise the risk of cancer and early beginning of puberty, desi chickens have fewer pollutants from free foraging, implying minimal to no health hazards.

In contrast to all broiler chickens, which have a mostly constant flavor, desi chickens have a flavor that is more nuanced and soft.

Apart from that if you want to know about About Food Vision then visit our Business category.

The Joy of Slowing Down: How to Incorporate Relaxation into Your Life

Injured While at a Bar? What to Do?