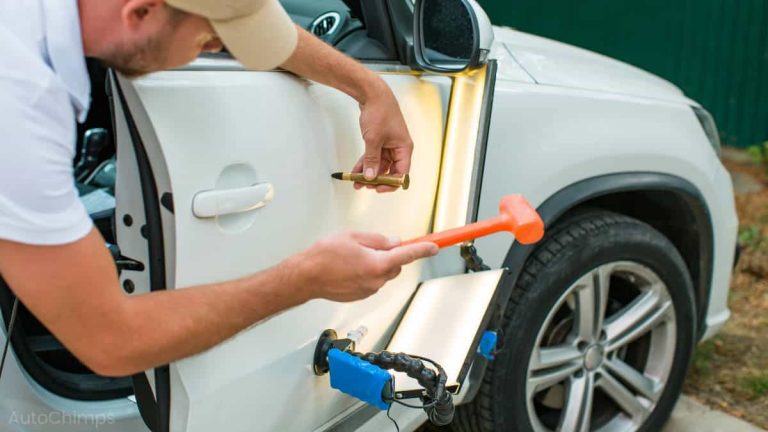 Paintless dent repair is a fast and cost-effective method of removing dents, dings, creases, scratches, and indentations from your car’s body. The process does not require any sanding, painting, and other costly and time-consuming techniques involved in traditional auto repair services. Many paintless dent repair jobs can be completed within the same day. However, the time required for paintless dent repair still depends on various factors. Read on to learn more.

Paintless dent repair can completely eliminate small dents within an hour or less. The process can take longer as the size of the dent increases. For many paintless dent removal companies, dents the size of a penny or nickel are easily manageable, while dents larger than a half-dollar will require more time and attention.

The next factor to consider is the depth of a dent. The risk of damage to the metal paint increases as the dent gets deeper, exposing your panels to unwanted contact to other parts of your car. The shape of the dent can dictate how long it takes to get rid of it.

While each dent takes additional time to remove, their proximity to each other can make things easier. It is considerably faster to repair dents located within a single panel in one sweep compared to those extending over different parts of your car since they need to be handled separately. In addition, dents found on a door panel are also faster to eliminate than those covering the trunk, roof, and other hard-to-reach areas. Dents located near the edges of panels require more precision and technique as well.

Since many paintless dent repairs are covered by auto insurance, the final insurance approval will also affect the turnaround time. In most cases, the job starts only when the insurance company releases the payment to the repair company. This is the reason why car owners are strongly advised to process their insurance claims as soon as possible so they can have their cars fixed right away.

If you are looking for fast, efficient, and cost-effective Frisco paintless dent repair, do not hesitate to get in touch with AJ’s Dent. Our paintless dent repair experts are ready to answer your questions and give you a precise estimate on the turnaround time and costs for the restoration of your vehicle. Call us today to schedule a free inspection.

Can I Use Mountain Bike for Long Ride?