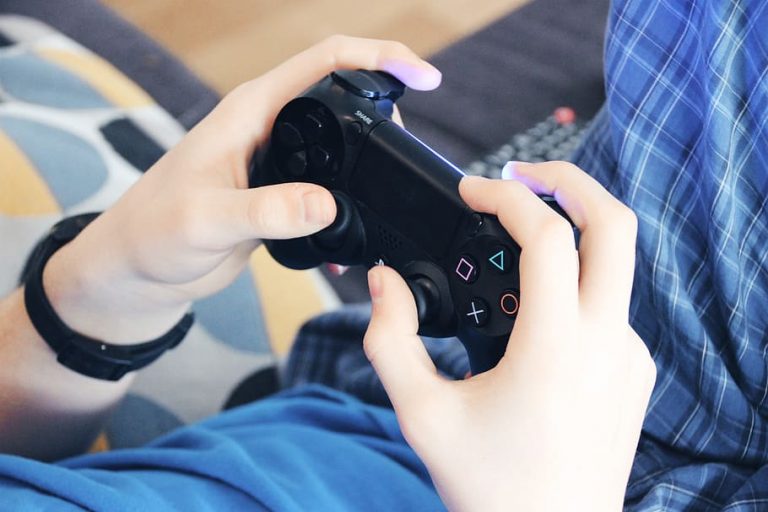 Noises from the PlayStation 4 are every day. These noises may indicate that your PS4 system is malfunctioning. You should get the issue fixed as soon as possible if you notice them. You might lose your PS4 system as a whole if you don’t. We have also encountered the same issue with our PS4. We heard too much noise. The noise could distract everyone in the house. At this point, we looked for ways to deal with the issue and resolve it. In this article, you will learn everything you need to know about PS4 loud and how to fix the problem.

What are the common reasons for PS4 fan loud?

There are two significant reasons your PS4 could be making a lot of noise. It could be a hard drive or a cooling fan.

It is one of the most common causes of noise in a PS4. By moving the fans, the system is kept cool from the heat produced by the console, processor, and motherboard. Some noise may be generated by a loose, dusty, or weak cooling fan. The noises could be loud, while at the same time, your PS4 doesn’t feel excellent as required. Consequently, it will shut down due to overheating.

PS4 consoles make noise when their components are loose or vibrating against each other. Putting the PS4 in the wrong place causes amplification of the noise from the console.

Read more: Each And Everything You Need To Know Steering Wheel Locked up While Parked

The PS4 accumulates dust, lint, and pet hair over time. This can cause parts to become blocked. When this happens, the PS4 stops working correctly. Fans and motherboards are among the features that are easily damaged by dust. Over time, parts of an old or broken PS4 could become loose. Wear and tear will also occur after prolonged use. Therefore, you will hear and feel more vibrations and noises from your PS4. This is what causes your PS4 to make noise most of the time. Making noises in PS4 is a problem caused by dust and lost parts.

How to stop the PS4 fan from being loud?

As we have discussed, there are different causes of noise in a PS4. Each of these problems requires a different solution. You need to deal with the fan and no other parts if it is a fan problem. Use the following methods to resolve the issue.

Locating the noise source is an essential step to fixing PS4 noise issues. Different noise sources have been identified. You must be sure that you are solving the right problem from your PS4 before applying any solution. Listen to the nature of the noise you hear coming from your PS4. Discover where the noise is coming from.

The fans cause the noise if the noise emanates around them. Once again, if you notice that your PS4 is shutting down due to overheating, the problem is the fan. The fan is not adequately cooling the PS4. Some loose parts may be inside your PS4 if you hear rattling noises. On the other hand, a Whining noise could be coming from your hard drive. You might hear this noise when you turn on your PS4 or when it is playing. It may be too loud. When you shut down your PS4, the sound stops.

The fan kicks in when your PS4 starts to heat up. As the fan spins faster, hot air is removed from inside the system. The PS4 fan spins fast when it is too hot, making louder noises than average when it cannot get rid of all the heat. Moving something blocking your PS4 console or fans is a good idea. The airflow to the PS4 system should not be blocked by anything. Your PS4 should be in a well-ventilated area. You should leave enough space around the sides and the back of the PlayStation 4.

Moreover, don’t cover your PS4 with bags, coats, or towels. Additionally, don’t stack anything on top of it. It would help if you didn’t put your PS4 in a cabinet. For your PS4 fan to function correctly, it must have sufficient airflow. It will then be able to keep the PS4 cool without strain. If your PS4 still doesn’t cool down, you might consider purchasing a PS4 fan station.

When your gaming database is corrupted, it puts pressure on your CPU. This is one of the reasons your hard disk drive starts to make noise. The CPU also starts to overheat. You may also experience this problem if your games are improperly installed. The game becomes unresponsive. This puts a great deal of strain on the CPU. It overheats as a result. If your system overheats, it transfers the heat to the fan. As the fan tries to cool the system, it makes more noise than usual.

It would help if you dealt with the database and games to resolve this problem. A reinstall of the PS4 system software may be necessary. This will ensure that a malfunctioning system doesn’t cause pain.

4. Work on the inside of your PlayStation 4

Working on the system issues and placing the PS4 in a well-ventilated area will not solve the problem. It would help if you had a better solution. You need to open the PS4 and replace the parts causing the noise you are hearing.

As you deal with problems inside your PS4, you need to make sure that you have everything you need. You will need the proper tools to open, clean, and perform any other action on your PlayStation 4. Adding more problems to your PS4 instead of solving them if you use the wrong tools is possible. You will also need the right tools for the particular problem. Despite this, most of the issues are similar and require similar solutions.

Is it normal for the PS4 fan to be loud?

When you give the PS4 ENOUGH space for ventilation, it’s normal for the fan to make a noise like this. Loud noises indicate that the vents are blocked or clogged up with dust. You can use an aerosol can of air to remove it with the latter.

We believed this was normal by Sony, but it isn’t. Additionally, there is nothing wrong with this sound, and it is simply a sign that your fans are clogged, and it is an easy fix. You will hear a mild whirring when the game is processing high frame rates.

Apart from this if you are interested to know more about Best Vacuum under 300 then visit our tech category.

How to Build Your Own PC: A Step-by-Step Guide for Beginners