What Are The Rules to Play a Solitaire Game? 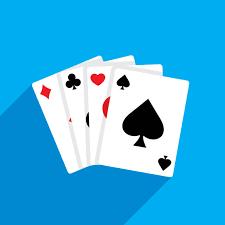 Solitaire is one of the popular card Games Play a Solitaire Game which initially came along with Microsoft’s Operating System. This classic card game has been the favorite of a lot of people for decades, and even to this day, acts as the mainstay of digital gaming. Initially introduced as a solo-player game, it can now also be played with multiple players after it found its way onto mobile phones and tablets.

This game is not only fun to play, but is also equally addictive and tests your cognitive skills and capabilities. It keeps you entertained and relieves you of your boredom. Various versions of this strategic game can be found online. The classic version, called the Klondike, is played using a deck of 52 cards and remains the popular version even today.

Solitaire is not difficult to play, and once you learn the rules and get familiar with the techniques, you can master this game like a champion. It gets easy after you play two or three games. So, you are probably wondering how to play this legendary game. Let us show you.

·        In solitaire, you deal with seven piles of cards. In the first round, the first and the extreme left card are dealt face-up, while the next six cards remain face-down.

·        When you go to the second round, the second pile receives a face-up card followed by the next five remaining face-down cards.

·        The third round of dealing of cards starts with one face-up card on the third pile, while cards from the fourth deck onwards remain face-down.

·        This dealing of cards goes on until all the seven decks have one face-up card on top.

·        You will have four imaginary empty slots above those seven decks to create the foundation piles.

How to Win a Game:

If you have understood so far, you will need to create foundation piles next for each suit. You can do this by placing the aces of each suit in four different slots right above the seven decks. Once done, you will be required to place consecutive cards on top of the aces to complete each suit.

The Moves: The cards can move in three ways in the game.

·        Moving cards among seven decks: You can move the face-up cards among the seven piles by placing a low-ranking card below a card that is a rank higher. You must note that the card below has to be of a different color.

·        From the deck: Lastly, another way to move cards is by revealing one card at a time from the deck of 24 cards. Now, once you reveal the card, you can add that card to the seven piles or to the foundation piles, wherever it is possible. In case the card that is revealed cannot be moved to either of the places, then the next card on top of it is revealed. This way, you reveal all the cards, and once done, the pile of revealed cards is flipped face-down again.

Isn’t it simple? Once you play a game of solitaire, you will know the rules like the back of your, hand, and chances are, you will likely win most tournaments. For a new and refreshing experience of this classic card game, you can download and play Camel Motion’s Solitaire from the App Store and hone those cerebral skills.

Apart from that if you want to know about Free Cell Card Game: How To Play Online? then visit our Gaming category.

What Should Beginning Players Know About Auttrello?

The Board Games Most Popular During the Monsoon