What is the Point of Belt Buckles? 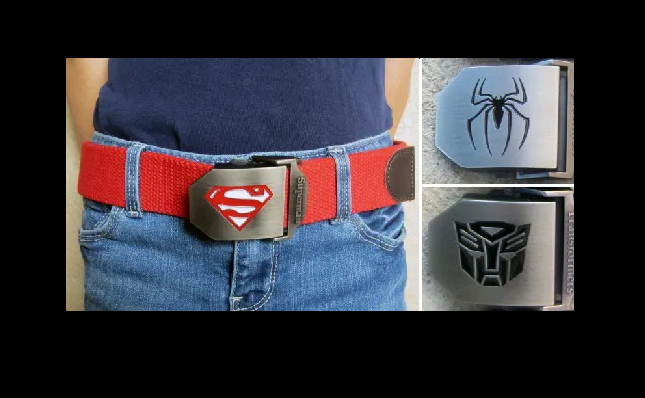 Belt buckles are an essential part of cowboy attire, but they can also be used to express a person’s style. The purpose of a belt buckle is to draw attention or create a subtle highlight on a belt. Whether you choose to wear a belt buckle for practical reasons or as a form of self-expression, you will find the answer to the question, “What is the point of belt buckles?” in this article.

Cowboy belt buckles are a form of self-expression.

For many cowboys, it’s a symbol of self-expression. From the Texas Rangers to the cowboys of New Mexico, cowboy belt buckles represent the American West. Many customize their buckles with state symbols. Others honor their heritage or family members.

Texas Rangers and rodeo cowboys first wore the cowboy belt buckle. These buckles were not worn until the 19th century, but they became more popular due to Hollywood movies and music videos. In addition to their traditional role as a fashion statement, buckle belts were practical for cowboys, who often used them as calling cards. Cowboys were also known for making their buckles into gun belts, which could be fitted with holsters and pockets.

The American Cowboy style has been shaped by work, necessity, and weather, leaving room for self-expression. Wearing a leather belt with a silver buckle is essential gear and a statement of confidence and pride in your work. Buying a high-quality leather belt with a sterling silver clasp from Vogt can bring out the true character of the wearer. Nowadays, even young ones wear children’s belt buckles.

They are a display of memorabilia.

Belt buckles are like modern-day crowns. They are linked to belts and contain heavy metals and stones. Around the third century B.C., semi-nomadic Chinese people began to utilize buckles. They were frequently adorned with emblems.

Collectors want to know when their buckles were made. For example, one buckle commemorated the 1991 “Desert Storm” military campaign, which drove Iraqi forces out of Kuwait. At the manufacturing time, the manufacturer was awaiting the beginning of combat. The buckle maker made four different versions of this belt buckle on January 16, 1991. It is hard to say how many buckles were made that day.

They are a way to draw attention.

One of the most common ways to draw attention is through a belt buckle. Belt buckles can be an effective way to stand out among a crowd of people. Unlike most clothing, a belt can go with almost any style. Whether you are wearing a business suit, a business-casual look, or a more look, belt buckles are versatile and can go with any size, shape, or color.

They are a way to create a subtle highlight.

If you want to make a statement with your clothing, belt buckles can help you achieve that. They are easy to bring attention to your waist without overpowering the rest of your outfit. Choose a unique buckle design to add a personal touch to your look. Consider putting an image, logo, or message on your belt buckle. You can also paint your buckle design with inspiration.

Lawn Care in Northern Utah – What You Need to Know